The next chapter of our shared story 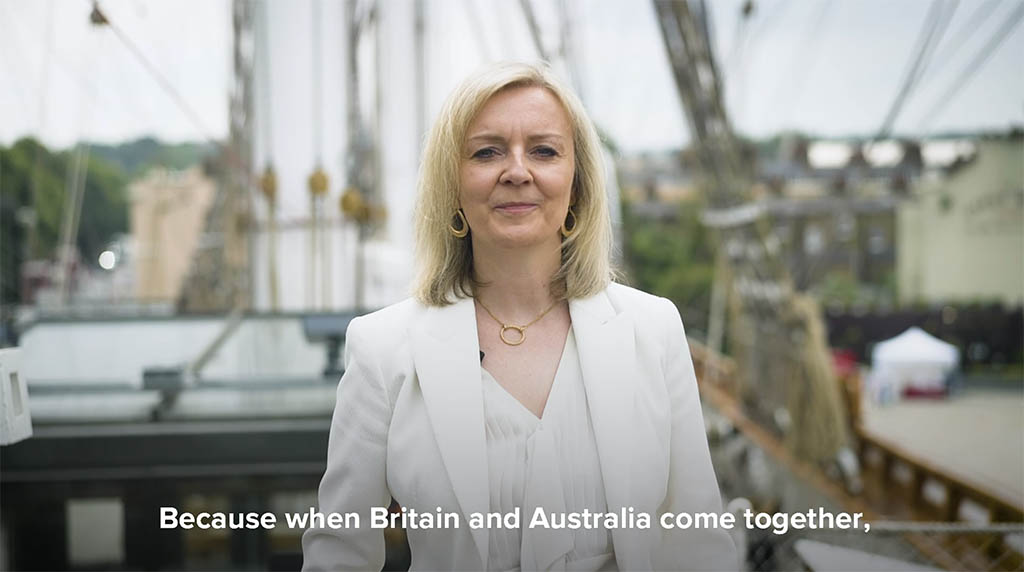 Barry Humphries (aka Sir Les Patterson) has contributed to a five-minute video to help officially launch FTA negotiations between the UK and Australia. Not usually known for his diplomatic skills, Sir Les joins forces on the video with personal (and clearly heartfelt) contributions from UK Trade Secretary, Liz Truss, Australian Trade Minister, Simon Birmingham and Australia’s High Commissioner to the UK, George Brandis.

Titled “The next chapter of our shared story” the video reminds viewers just why a comprehensive trade deal between the UK and Australia will be a shining light following the “challenges” of Brexit and Covid 19.

Brandis is reported in The Sydney Morning Herald and The Age newspapers as saying: “This video honours the historic relationship we share, and it also has a clear purpose in showing to everyone the unprecedented degree of political will from both sides to get this deal done.”

Truss was just as enthusiastic, telling the same newspapers: “When times have been tough, we’ve stuck together and we’ve helped each other recover…this is one of the many reasons why our two nations intend to conclude a comprehensive and ambitious free trade agreement. Because when Britain and Australia come together, we do more than just sign a deal, we define generations.”

🇦🇺 🇬🇧 The next chapter of our shared story

#WATCH: When Britain and Australia come together, we do more than just sign a deal — we define generations. We're launching a new chapter in our shared story, learn more ⤵️

Posted by Australian High Commission in the United Kingdom on Wednesday, 17 June 2020

Kepdowrie Chambers has already assisted hundreds of UK-based companies with their “homework” and due diligence into the Australian market, including setting up and expanding their businesses in Australia. Consistent with the comments above, we have already observed that expressions of interest in the Australian market have grown steadily ever since the 2016 EU Referendum and exponentially since Brexit, so please get in touch if you’d like to have a discussion about Brexpanding into Australia. We’re here to make sure that the learning-curve is not a challenge and you can quickly get on with the more important task of winning new customers.